When you book with an account, you will be able to track your payment status, track the confirmation and you can also rate the tour after you finished the tour.
Sign Up
2230
Includes transportation, accommodation, meals, hospitality and a tour guide
Availability : 3-Days
DetailsItineraryEvaluation

An exploratory tour of the “Juatha” Mosque, which was built by Banu Abdul Qais in the seventh year of the Hijra, It is considered the focus of attention of researchers and Muslims who have heard of it or lived in its vicinity. Because it bears the honor of being the second mosque in which Friday prayers were held, to become an Islamic landmark and tourist, as it constitutes the culture and identity of the people of the region.

A tour of the Hassawi rice farms, where the world’s most expensive rice is produced. As it is considered the cultivation of “organic live” as it is known among the people of Al-Ahsa, A profession inherited and an original legacy that has been known since ancient times, Until it became a luxury gift for families to present to their guests, And an address for generosity when their guest comes, Especially when the rice is “old” and has been harvested for more than two years.

A tour of the rhythm of the beautiful time will take you back in time at the House of Heritage Museum(Dar Altturath Museum), which contains antique collections that tell the history of the homeland.

Certainly, we will not forget to visit the most famous historical palace in Al-Ahsa. Ibrahim Palace, one of the most important monuments of Al-Ahsa. We take an enjoyable tour through history between its parts

A shopping tour at the end of the tour in the AlQaysariyah market, where he tells stories of 196 years woven by the people of Al-Ahsa, and it is one of the ancient historical folk markets in the Kingdom and was built in 1822 AD 1238 AH, And it contains about 422 stores, Its architectural designs mimic the ancient heritage of the people of the eastern region through closed and roofed corridors, which were distinguished by their height to provide comfort to the visitors and take advantage of that for ventilation and natural lighting, This makes wandering around the market a pleasure that makes you feel nostalgic for the past and the historical flavor.

In the landmarks of Madinah

From4,871 ﷼3,525 ﷼
The price decreases when the number increases 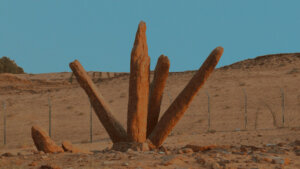