When you book with an account, you will be able to track your payment status, track the confirmation and you can also rate the tour after you finished the tour.
Sign Up
429
Includes transportation, accommodation, Lunch, hospitality, and a tour guide
Availability : One day
DetailsItineraryEvaluation

Explore the King Abdullah Financial District Towers
It includes more than 46 towers, one of the largest construction sites in the world

A fun tour in the oldest popular market in Riyadh, and it is characterized by the collection of various heritage and old collectibles

A tour to discover the magnificent design of the Al Murabba Palace, Which was the home of the founder of the Kingdom of Saudi Arabia, King Abdulaziz bin Abdulrahman, And one of the historical monuments embodying the history of the Kingdom and its ancient past.

A tour to enjoy one of the largest and most beautiful parks in Riyadh, which is characterized by the presence of a number of local and international miniature architectural models with high specifications, With the establishment of this park on a wonderful distinct idea that was taken into account in the flow of movement and that it is possible to move between these landmarks and that we can see them from all directions through pedestrian paths that have been designed in the form of curves and circles that connect all the elements of the park.

An enjoyable tour to explore Saqr Al-Jazirah Aviation Museum, which is an air museum that lists the historical development of the Saudi Royal Air Force from its inception at the hands of King Abdulaziz to what it has reached in this era. 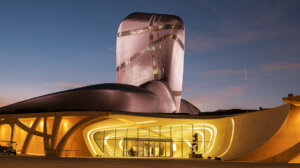 Explore the eastern region between the past and the present

From$249$179
0
The price decreases when the number increases

Al-Ahsa.. A natural wonder and a tourist destination

We have many tours and landmarks in Saudi Arabia